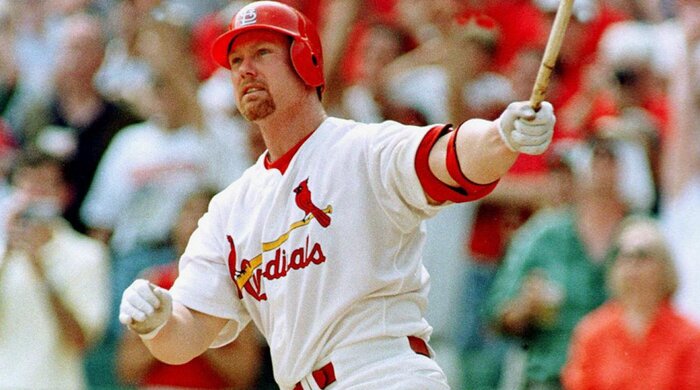 The steroid era. As it is simple known. This was a time in the MLB in which suspected steroid use was increased and record setting performances were given. This era is hard to express with specific years, however most people agree that steroids began making its way into the Major leagues in the 1980s. What made people start having second thoughts as to whether athletes were natural or not? After all, steroids were banned from the MLB in 1991. In the decades prior to the 1990s, only a handful of players in the history of baseball had recorded a season in which they hit more than 50 homerun balls. 10 players to be exact hit 50 or more homeruns in the season prior to 1990. After that year, a tremendous jump in the players that were able to reach the feat was made.

During the 1990s, baseball was at an all-time high as a spectacle to watch. Imagine year after year watching big time homerun hitters going for the all-time homerun record that had been held for over 30 years when Roger Maris hit 61 homers in 1961 for the New York Yankees. In 1997 Mark McGwire rang out 58 homers in one season while playing for the Oakland Athletics and St. Louis Cardinals. This turned heads around the world, as 50 homeruns in a season had been achieved only 7 times from the time Roger Maris broke the record until McGwire’s 58 homerun season. I think it is also important to note that in the same season, Ken Griffey Jr. hit 56 homers with the Seattle Mariners. This is especially impressive because as we now know, Griffey was not involved in the steroid scandal that would eventually surface. So now the stage is set for 1998 for the homerun record to be broken.

Then on September 8, 1998 as McGwire’s St. Louis Cardinals took on their greatest rivals with Sammy Sosa’s Chicago Cubs, thousands of people in attendance and millions of people around the world watched as the record could be broke. The previous night, McGwire hit the homer to tie Roger Maris’ record, so naturally the environment was ecstatic. In the fourth inning, McGwire returned to the plate for his second at-bat of the night. As the crowd rose to their feet the first pitch was thrown and Mark McGwire blasted it low and over the left field wall. The crowd was ecstatic and so were the players. As McGwire rounded the bases, opposing players congratulated him. Had this event not been exciting enough as it was, the whole season had been a constant battle between McGwire and Sosa, as they were both on pace to break the record. Sosa did in fact hit 66 homeruns that season, more than Roger Maris’ 61 homer record, however fell short of the new record of Mark McGwire’s 70 homers.

The years following this season until 2002 was filled with many more homeruns as 50 homers by one person in a season was accomplished 11 times in the short 4 years. In 2001, mark McGwire’s unbelievable record was beat by Barry Bonds of the San Francisco Giants at 73 homeruns. Baseball was in its glory days. Anytime you watched a game, you had the potential of watching history unfold. However in the following years a federal investigation into the Bay Area Laboratory Co-Operative or (BALCO), which was a company that provided supplements to many well-known baseball players. The investigation was able to show that the use of steroids was evident for many players including the beloved heroes of the game, Mark McGwire, Sammy Sosa, and Barry Bonds. All of which fought to keep this hidden which is apparently common according to the National Institute on Drug Abuse Research: Monograph Series, Anabolic Steroid Abuse. They stated, “Some experienced steroid users place much of the responsibility for the current problem [steroid abuse] on pharmaceutical companies, and suggest that the nature and scope of health consequences are likely to increase in the future.” Regardless of who the blame was placed one, these three among others were all confirmed to have been using steroids.

It is unfortunate that these players used performance enhancing drugs, as their image and reputation will now always be stained by that fact. And while the American people do not agree with the use of steroids, there is no question that it made for some of the most memorable moments in baseball history.