Seeing as most of our group’s blog posts have been updates, today I’m going to take a change of pace and instead discuss an interesting person we’ve come across in our research who will heavily influence a character in our game.
Since our game features a main character who is employed by a barracks manager, we’ve decided to draw inspiration from a man named Rich Nishimoto who worked at camp Poston. Nishimoto is the perfect person who existed in true history to base a barracks manager of off. Let me explain why. 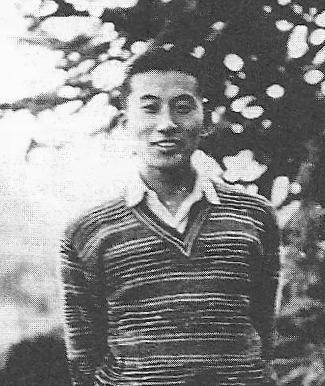 Rich Nishimoto was born in 1904 Japan. From primary school throughout high school, Nishimoto spent his schooling years at prestigious boarding schools while his parents moved to San Fransisco. In Japan, he attended an Episcopalian school, where he learned English and was exposed to American culture. He eventually graduated Stanford with a B.S. in Engineering and got his first dose of racism so painful, he dropped an engineering career altogether. At a senior banquet, when businesses were recruiting seniors, Rich noticed he was being neglected; when he asked a friend why, his friend replied, “Look at your face. It’s Oriental. No one will hire you.”

Between this time and when he was relocated to Poston, Rich worked for brokerage firms, courts, and as a translator; he also met a woman, Yae, and had two children with her. In 1942, the family was moved to Poston, where a friend told him “[you] have the appearance of a Nisei, and act like one, yet [your] thoughts are typically those of intelligent Issei.” Within a couple months of relocation, Nishimoto became foreman of the Firebreak Gang, a group of Japanese laborers who cleared debris. He was voted block personnel and resolved disputes quickly and efficiently, a result of his extensive education. He was very active in peaceful camp protests, doing things such as resigning official positions and boycotting to get his point across. He used his social skills to recruit Nisei and intelligence and connection to Japanese culture to recruit Issei and cleverly intimidated those who didn’t want to participate in participating (including cripples & the blind). He became the official supervisor of the overall camp, observing and gathering information from the internees to document the result of the internment camps for the Bureau of Sociological Research (BSR). To put in perspective how much the BSR respected him: the average sum for Poston employees was $14/month; $19/month for doctors, dentists, medical personnel etc.; Nishimoto was making $80/month in his prime. He was nothing short of a weapon due to his education, experience in business and social analysis and data research, connections to all Poston leaders, block manager, and connections to both Issei and Nisei communities.

Thanks for that long, boring history lesson, but how does he fit into the game?

The character in our game has been renamed Rich Fujimoto because he is not a carbon copy of Nishimoto. What will carry over are his levels of intelligence, his job (in all areas), his leadership and speaking skills, his aversion to racism, and his cleverness. What will not carry over are his family (they will not be mentioned), and clearly we will not be explaining all this biographical information in the game. Hopefully, we will be able to carry over these traits to Fujimoto and make his level of education and leadership ability apparent to the player.

From what we have read so far about Nishimoto, he appears empathetic yet straightforward and unwavering. While we hope that Fujimoto can carry these same qualities as well, he is currently ambiguous and a little darker than Nishimoto. In the game, Fujimoto attempts to convince Nisei to join in on protesting, but nonviolently. It is a running theme in the game that Nisei is very similar to his father, something that screws him over with Jed, the head guard, who puts him on watch, but who earns the respect from Fujimoto as he sees the potential of harnessing the same fiery passion in the Himura men. Fujimoto opens by mentioning Nisei’s name and connecting it to personality:
“…Himura? What a haunting but beautiful name: Red Town. A symbol of blood, fire, the sacred forces of life.”
As the first encounter between Nisei and Fujimoto continues, Fujimoto indirectly states that he is planning something against the government, but is ambiguous for safety reasons (also, it will sound badass). He guides and warns Nisei about his job and how it will fit into a larger plan. Here is a quip from the current script (subject to change):

The line “if you kick a dog around several times, eventually, he will bite you” was an actual saying Nishimoto used to recruit Nisei into his peaceful rebellions. I love this line because it’s a strong image and represents exactly how Nishimoto was thinking, and it also shows that he knows exactly what was going on. I truly hope we can convey this in the rest of the game as well.
Due to the shortness of the game, it is unlikely that Nisei will be speaking to Fujimoto often, so we will have to find a way to get all of these aspects of Nishimoto into Fujimoto with very limited space, but I have hope that it will turn out well.

The source for biographical information on Nishimoto: