While Group Death has bloodied itself carving through the core of Tanabata intricacies, we have also found other interesting bits to mention that doesn’t fit cleanly into our podcast.

Tanabata is not the only festival in August or July. Another festival called the Obon festival is often mixed up with this holiday. A while back I mentioned how the reading to the kanji for Tanabata should be ‘shichiseki’ but it ended up being called Tanabata to reference a purity tradition. Up until the Edo period many people would put shelves in their houses to perform ancestor worship. However nowadays most people do not perform these rituals, but instead show ancestor worship through the festival of Obon. 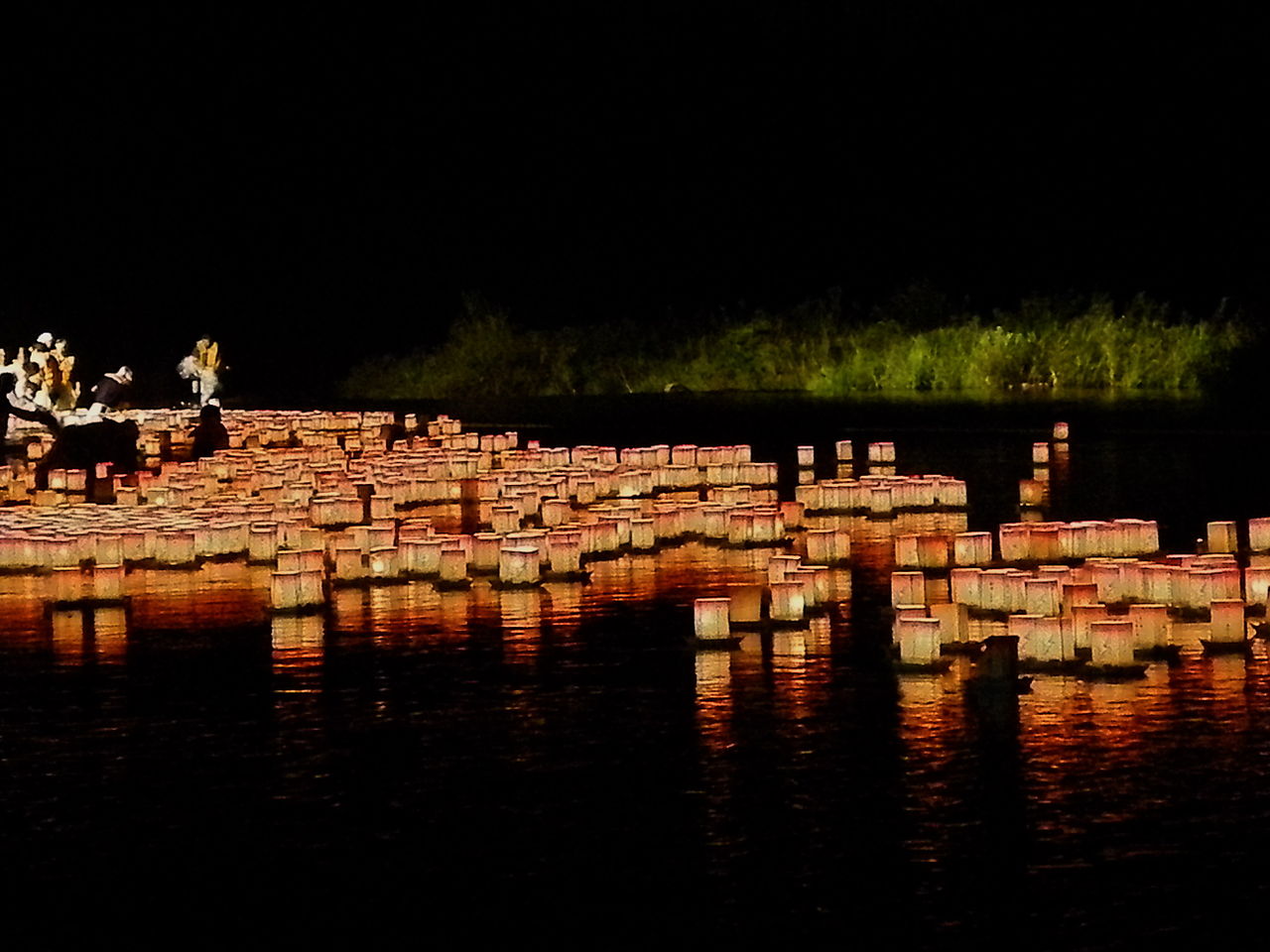 The festival lasts around three days. Families visit the places of their ancestors and clean their gravesites. Then, at last, they send candle-lit lanterns down a river. This is similar to tanabata in that strips of paper with wishes written on them are sent down a river. Apparently the original tanabata festival and the Obon festival were like a beginning and end for this sort of festival. Tanabata was a way to say hello to your ancestors, and Obon was a way to say goodbye. Therefore, many people believe the origins of the Obon festival started with the tanabata rituals.

But what does tanabata have to do with youkai?

There is not much concern for how the milkyway came about and the story of the creation of the milkyway is unpopular and fairly rare. According to You Seihou the Milkyway was created by an oni who, improperly, cut open a melon and its juices flooded the sky, creating the Milkway. There is not much information behind this story, but it is a bit interesting. It brings up many questions, specifically, why does a youkai create a beautiful river of stars in the sky? It’s a mystery that would require a trip to archives in Japan, not something any of us have time for.

Tanabata is a not-so-creepy love story that has a little bit of associations with death, thus it fits nicely into Group Death’s interests.

See you all nice time with other gory details about our podcast!

You Seihou 楊 静芳.中日七夕伝説における天の川の生成に関する比較研究. “A comparison of the creation of the Milky Way in the Chinese and Japanese Tanabata Legend.” Tokyo Gakugei University Repository, 2012.

In my presentation today I talked a little bit about the translation of the Chinese word Qixi into Japanese, becoming Tanabata. I would like to talk in more detail about this strange translation. Perhaps this post will be useful to those unfamiliar with Japanese language and the functions of kanji.

First, this is what we are looking at:

Combine the two and we have qīxī meaning “seventh night.” These are the basics of Chinese writing and reading. Japanese is a bit more complicated.

When I say reading, I do not mean finding the definition from the combinations of characters, but how the combined characters are pronounced.

The main two forms of reading kanji are called kun-yomi (meaning reading) and on-yomi (sound reading). Kun-yomi are characters that are based on the Japanese pronunciation of the kanji. On-yomi are characters based on the Chinese pronunciation of the kanji and usually appear in compounded kanji, where two kanji are side by side.

What makes Kanji difficult is the changing of the pronunciation or reading of the word. It makes things even difficult when we talk about jukujikun.

Jukujikun is when the pronunciation of the word has nothing to do with the kun-yomi or on-yomi reading; however, the meaning of the Chinese character remains the same.

If we read 七夕 in it’s kun-yomi reading it would be shichiseki (seven night). However it is actually read tanabata. A pronunciation completely different from Qixi or Shichiseki.

Scholars are still unsure as to why shichiseki was changed to tanabata, or had come to gain the pronunciation of tanabata, but there has been general agreement over one theory. There is a purification ritual in Japan where a woman is chosen to weave a sacred cloth called the tanabata and give it to the Gods to wish for an abundant harvest and to rid themselves of dirt and negative phenomena. The story of tanabata involves the Star Weaver, a woman who is important for her weaving. Most likely this pronunciation was attached to 七夕 as a reference to the act of weaving a sacred cloth.

Many legends in Japan were passed down through an oral tradition and there is no clear origin. The first time authors recorded stories about youkai they had to come up with a Chinese character that reflected its name, but translations from Chinese to Japanese or Sanskrit to Japanese are not simple. Understanding these differences and complications can be beneficial when researching Japanese topics. The English definition of a Japanese word is not always sufficient.

Group Death has been progressing smoothly with the construction of our podcast. We have created an outline and designated which members will focus on which point of our research. We are also thinking of possible being creative with the music and visual components of our podcasts, but we are still trying some things out.

See you next time when we violently kill other subjects that you might not have specific knowledge about!

Works Cited/For more information (if you can read Japanese): 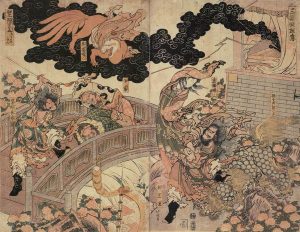 Death welcomes you to a new week! Our group hopes you had an enjoyable weekend. In our last post, we covered topic proposals for the podcast episode. After conducting more research over the past few days, death has finally claimed its second victim (see day 2 post for our first).

After much deliberation, we have decided to drop fox spirits and focus on the Qixi/Tanabata festival. Although there could have been unique discussions about the symbolism of fox spirits, we found some possible hardships. Mainly, there is an abundance of stories meaning a variety of fox spirits with different meanings. There are some that serve the gods, mostly focus on causing mischief for people, and etc. As a result, this could jeopardize the organization of our podcast. Causing us to go in many different directions instead of having a full and deep analysis.

However, we are excited to begin more research on Qixi and Tanabata! First, we are interested to see the development of the story in both China and Japan. The tale is also popular in Korea, but the holiday is not largely celebrated and our group would like to keep this discussion as concise as possible. Have we claimed a third victim? At any rate, we are largely interested in looking at the time periods surrounding these stories. For China, we will mainly be researching society during the Han dynasty. There will be two periods for Japan: Heian and Edo. The former is when the holiday was introduced to Japanese society and the latter when the whole population was able to celebrate. Beforehand, Tanabata was only celebrated by the elite. An interesting society development we could analyze. In addition, Group Death is considering looking into marriage structures during these time periods because the focus of the story is marriage and how the lovers were separated. This will especially be an interesting topic for our China research because Lawrence informed us that three versions of the Qixi story were created over time. This development could mean changing societal norms.

More details will be coming tomorrow! Good luck to group member Eve as she will be presenting tomorrow. Thank you for your continued support!