Between our working on the podcast, group Naga often share ghost stories as a little refreshment. Once we brought up the Ringu, the film we supposed to watch and were glad that we finally didn’t since it is too horrible. Today I want to talk about some stories behind the movie.

To be honest, I have not watched it since I could imagine how unbearable I would bury myself in the terrifying scenes is. I heard a lot of comments on how successful the film scares people, and also some stories about the prototypes of Sadako(贞子), who is the ghost throughout the film. The first story says that the one scene where the movie was filmed was the place that prototype of Sadako died. This woman lived in WW2 period. After WW2, her samurai husband committed disembowelment, a ritual suicidal, and left no money to his family, which included his wife, his son and a daughter. Not long after, the little son died, left only the wife and the daughter, with the former picking rubbish every day as a living. The neighbors knew the broken family was in a miserable life, but as themselves were also living within the after-war ashes, no body could offer material help to the poor mother and daughter. One day, a neighbor happened to see the woman crying before a well in the woman’s yard, and he walked toward her and saw blood on her hand and a dead body in the well. He knew she killed her daughter and ran away in horrid. After a few days without the woman’s appearance in rubbish yard, some neighbors walk in to her house and found she committed suicide beside the well. But strangely and eerily, the well was covered by someone else. From then on, there were ghost said to hanging over in the house, and some unexplainable things happened. Everyone says it is caused by the resentment of the unfortunate family. The second story is not that horrible. It describes two women possessed similar power as the ghost in Ringu, one was a blind but could see through things behind a wall or even a steel ship. The other had Telekinesis and could use only her mind to influence the behavior of people. The following are talked to be their pictures. 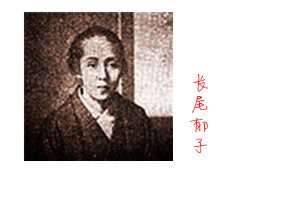 My interest is on the first story. I think the story reflect Japanese miserable life and their resentments and grudges to society after WW2. And the woman, who said to be prototype of Sadako, happened to suffer more and turn into a Yurei and continued to bother the society which has mistreated her. This seems to also fit in to the theme of the movie Ringu, in which Sadako was mistreated before death and revenged on everyone in Japan in a form of terrifying ghost afterlife. Maybe the Japanese created this movie as a warning to the living people that everyone should treat others well, but I think the movie is served to warn the ghosts instead, which tells those resentful spirits that people know their existence and their evil and un-rightful plans, but they will fight against them however.