Group Naga is doing wonderful on this Friday afternoon, and we are in a great position to begin recording our podcast this Sunday.  With the script coming together and research going great, we are having a blast delving into our topic of dragons and snakes.  For this post though, I wanted to take a short break from studying the history and myth of these dragons and snakes, and look into something a little more topical-food.

This is actually about food and drink to be more exact, and just a couple ways out of many that snakes are incorporated into them in modern east Asia.  Although some of these practices can be quite old, they are still in use and some are even gaining popularity.  To begin, I’d like to mention soup.  A traditional soup called Irabu-jiru (sea-snake soup) is made in Okinawa and was a royal court food of the Ryukyu kingdom (15th-19th century).  It is known to have medicinal properties such as functioning as an analeptic, something which affects the nervous system and can cause states of heightened awareness.  The purpose of mentioning this dish is the snakes association with the water (as they often are in myth), and its ability to imbue some kind of power when consumed.

Gaining strength from snakes is not out of the ordinary though, and is certainly not restricted to sea snakes.

This brings us to the other half of any good meal, drinks.  A custom that may date back quite a while, but has gained immense popularity since the rise of tourism to east Asia, is snake wine.  Snake wine, if you are not familiar with it, is essentially what it sounds like, take some wine, then add some snake.  This can be prepared in a few different ways, none of which actually contain true wine, opting instead for a strong rice liquor.  The preparation for this drink is very important, and can mean the difference between having a mildly noxious drink to invigorate the soul, and a foul smelling bottle which may contain dissolving snake guts.  Or, if you are truly unlucky, a still alive and incredibly angry poisonous snake upon uncorking it (sorta like a jack in the box, but the extreme edition), this phenomenon potentially being due to a snakes ability to hibernate.  No matter how you craft it though, you can bet it has medicinal properties.  This ranges from a stimulant affect similar to the snake soup, all the way to being especially good for men, if you catch my drift.  It is also used to help ailments such as arthritis and other daily aches and pains. 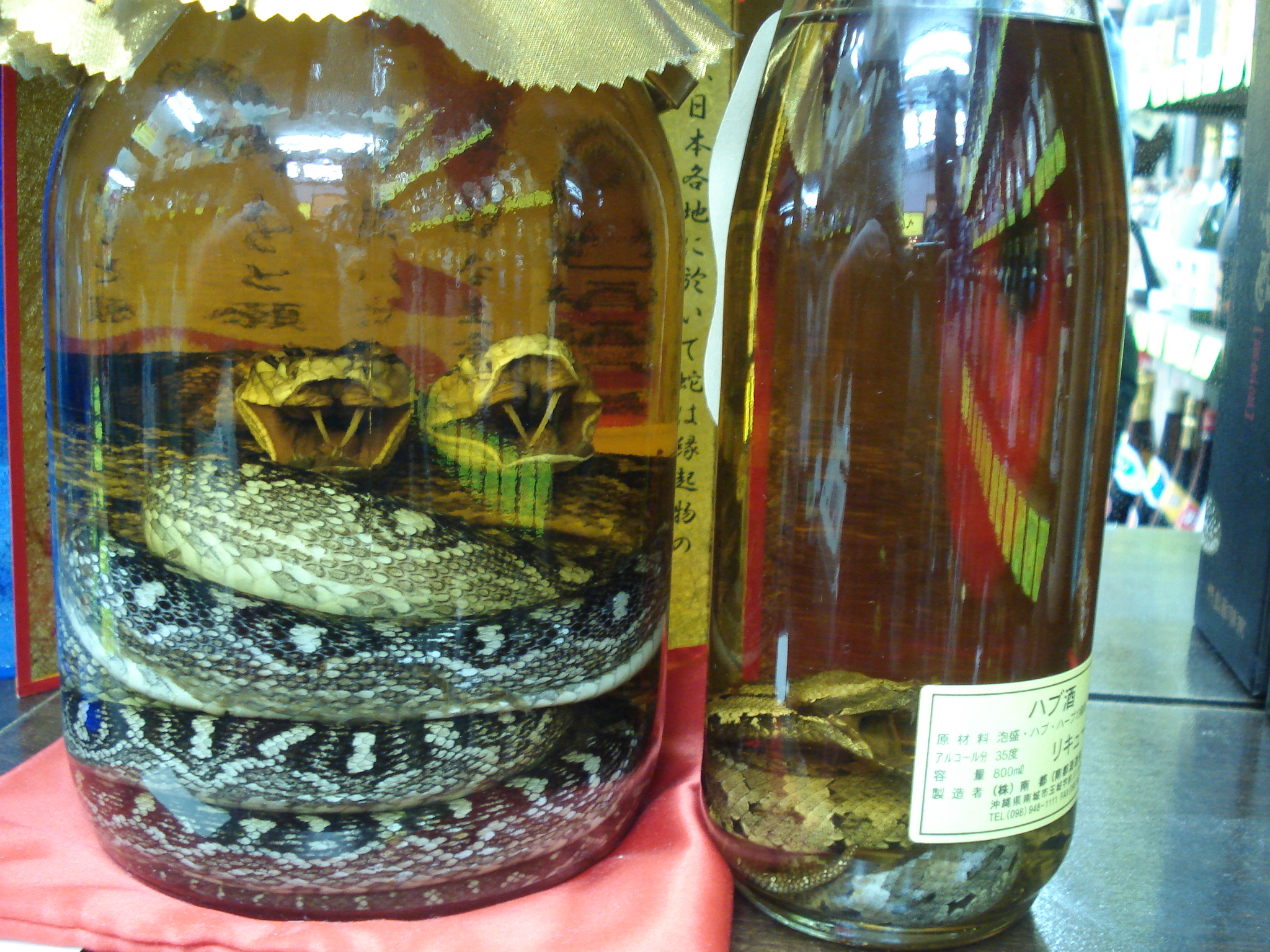 I found the use of these often poisonous snakes in cuisine to be quite interesting, and a good reminder that analyzing a subject may require you to look at it in ways outside of more traditional research such as finding secondary sources.  Although I may never drink snake wine, I must say, the soup doesn’t sound half bad. If I ever find myself in Okinawa I’ll have to hunt down a bowl.